More of Finding my Father in a 1957 Mexican Movie

After my previous posting about a photograph my father, Leonard Rudoff, took of a movie being made in Acapulco and realizing that he was in the movie itself, I decided to buy a DVD of the movie, "El bolero de Raquel" ($6.99 on Amazon) to see if I could get higher resolution view of him than in the YouTube video.

First, so he can be recognized, from his slide collection here are excerpts from a couple photos of him about the same time in Mexico, one with him swimming in the same pool at Hotel Caleta: 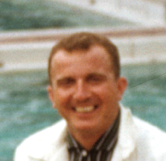 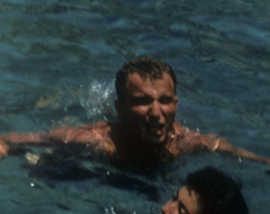 From the DVD, here he is in the background in the movie, first as Cantinflas as the boy are having the drinks poolside: 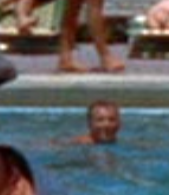 Then as the headwaiter and Cantinflas argue: 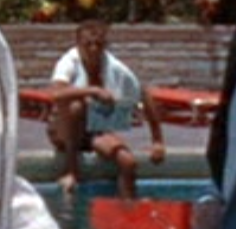 Not high resolution, but clearly him.

And here's a clearer view of him with a camera on the diving board as the waiter is pushed into the pool: 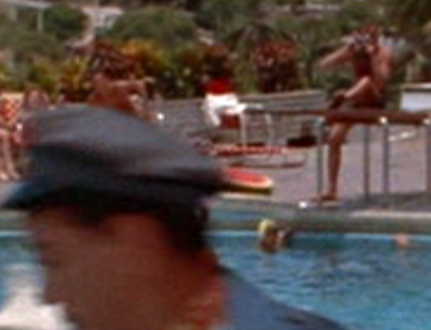 And I might as well show the full photos from above with my father. This is with his brother Alex in their stylish 1950's wear: 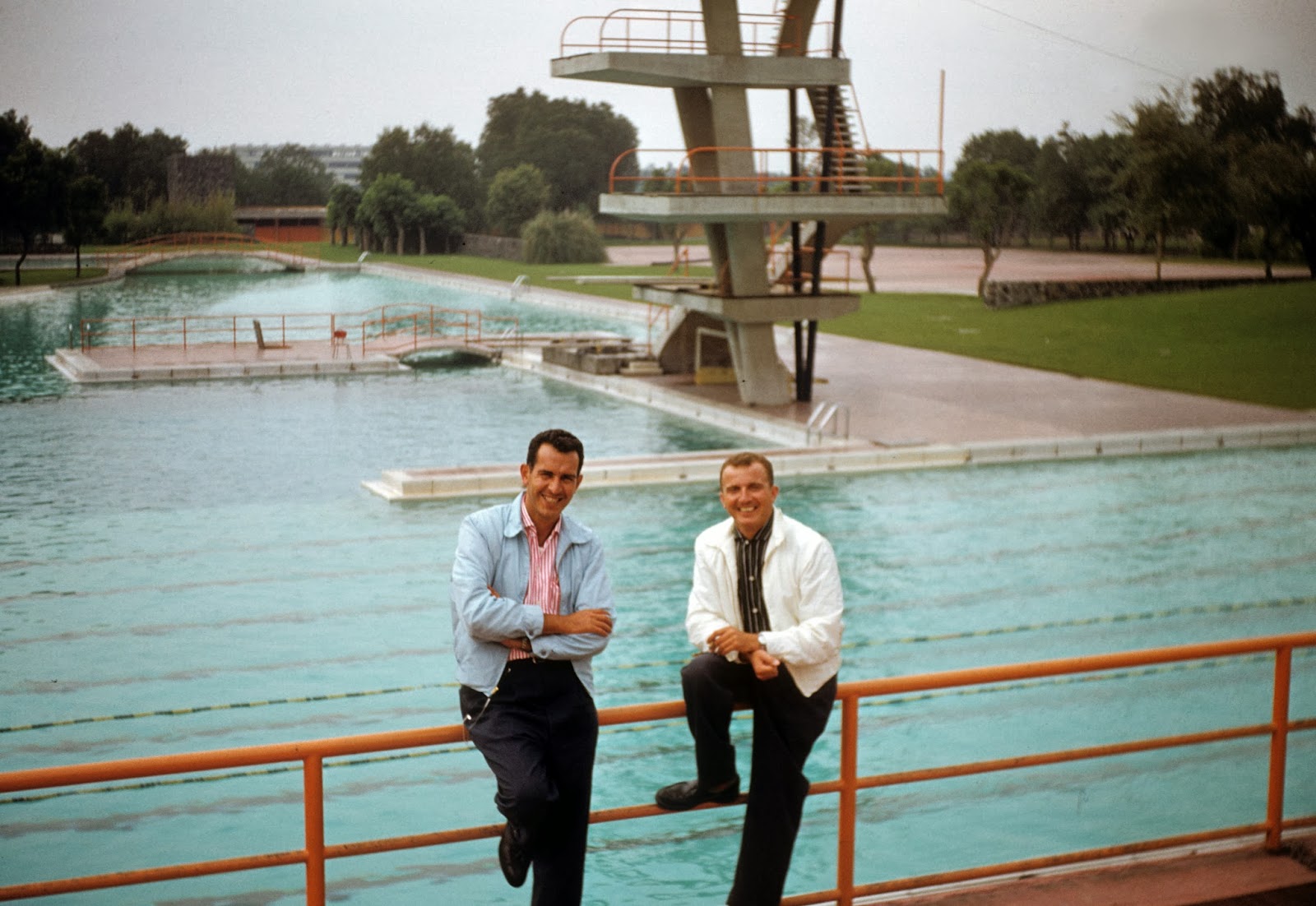 And at the the pool at Hotel Caletas: 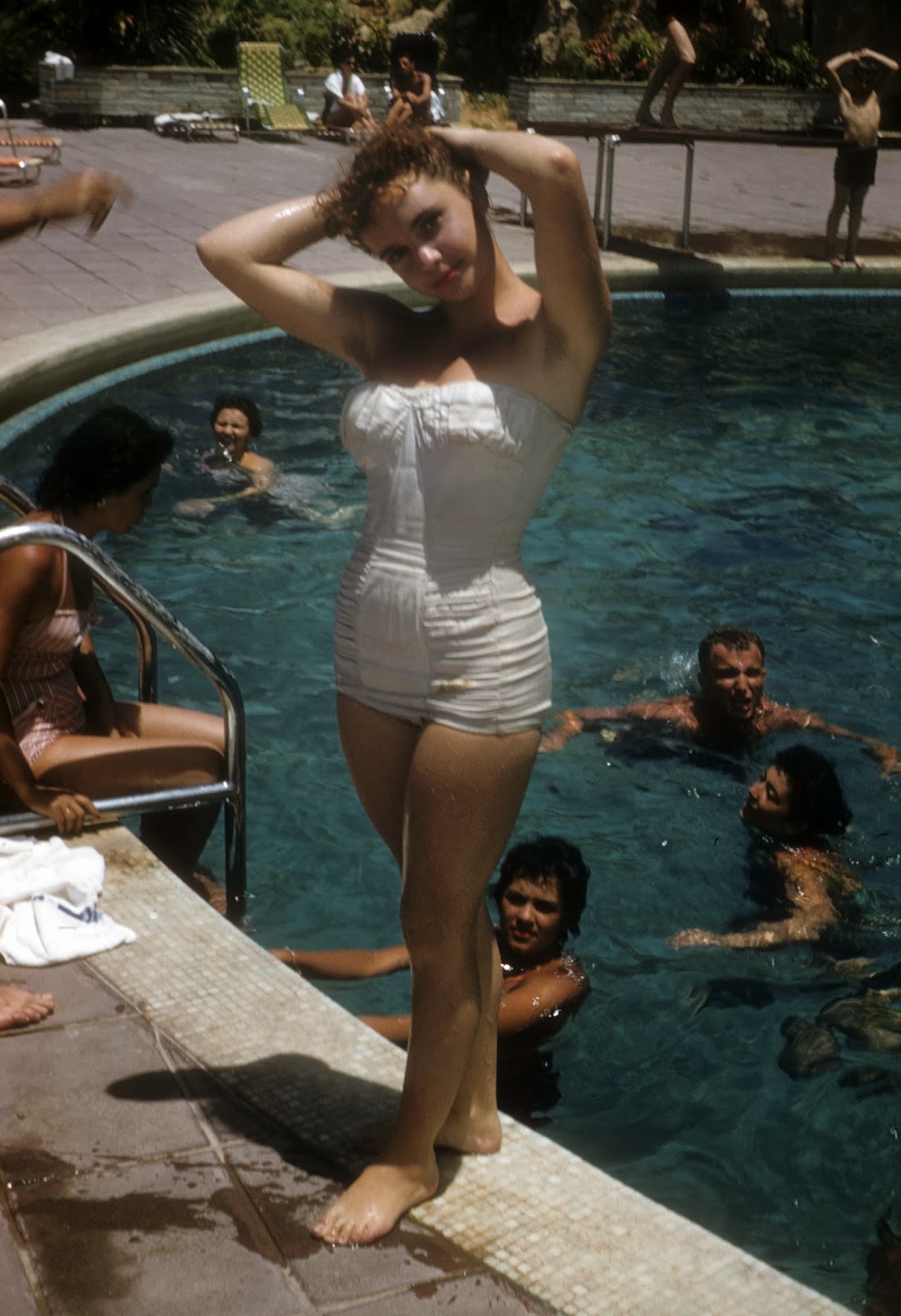 I have no idea who the woman is, but there are enough photos of unknown women in his slides that I will likely have a later post entitled, "Who Are These Women That Accompanied My Father and Uncle to Mexico in the 1950's?"
Posted by Doug Rudoff at 4:00 PM