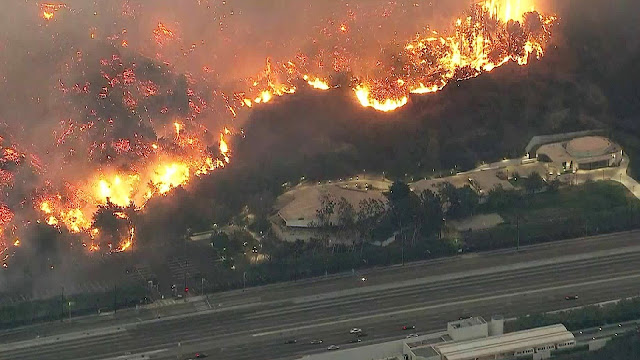 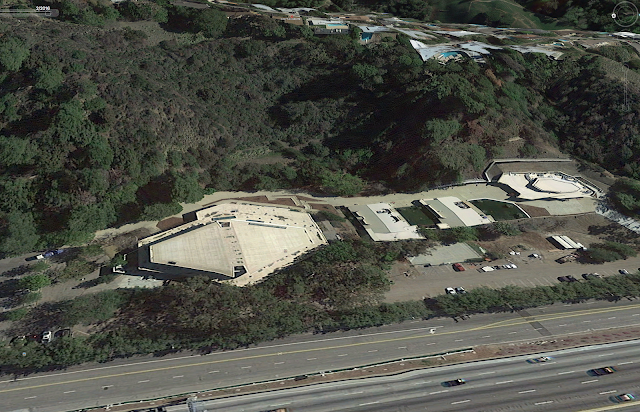 From when I lived there with my two brothers, I remember riding our bikes down the hill (of course, without a helmet), then calling our parents from a phone booth at the Bel Air Shop Easy market (as seen in the George Burns and Brooke Shields film, "Just You and Me, Kid"), to pick us up so we wouldn’t have to make the ride uphill back home; the deer bones we collected on the brush covered hillside behind the house; the blue-bellied lizards we would try to catch (hopefully without them dropping their tails); and the rattlesnakes we ran away from when we came across them hiking on the fire road that began where Casiano Road ended.

In January 2016, my wife, son and I made a trip from Seattle down to LA over the MLK Day weekend, and one place we stopped was at the house on Casiano. Part of it was to show my then ten-year-old son where I had a lived, and part was for the nostalgia about a place I lived more than forty years ago. As I drove up up Casiano Road, memories returned. The apartment building that had a pool in the courtyard; the curve of the road that I had forgotten was there; the house with an atrium; the house where the wife gave art lessons to the local kids and later committed suicide by a drug overdose; the house where a player for the Dodgers lived for a short time; the house with the kid who had a go-kart; the gutter in front of the house where we found a dead six-foot-long boa constrictor (my father later put it in one of our garbage cans; the garbage collectors were not too pleased about about coming across a large snake unexpectedly).

We parked in front of the house (with the same pecky wood siding that it was built with 50 years ago): 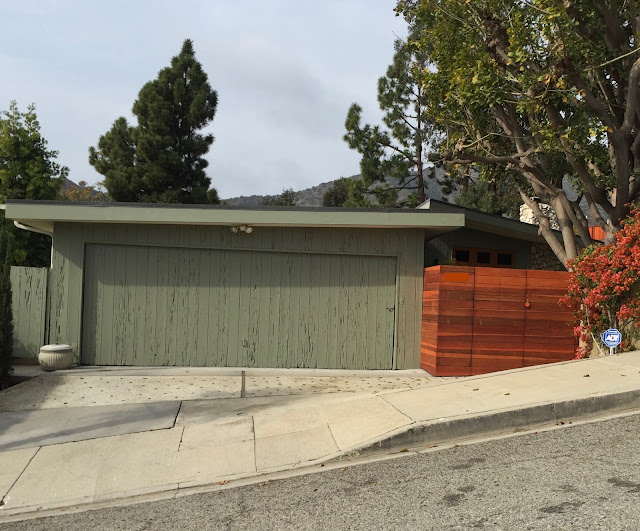 Just up the street we found the rough concrete sidewalk panel my father poured with our names and the date (7-17-68) written on it: 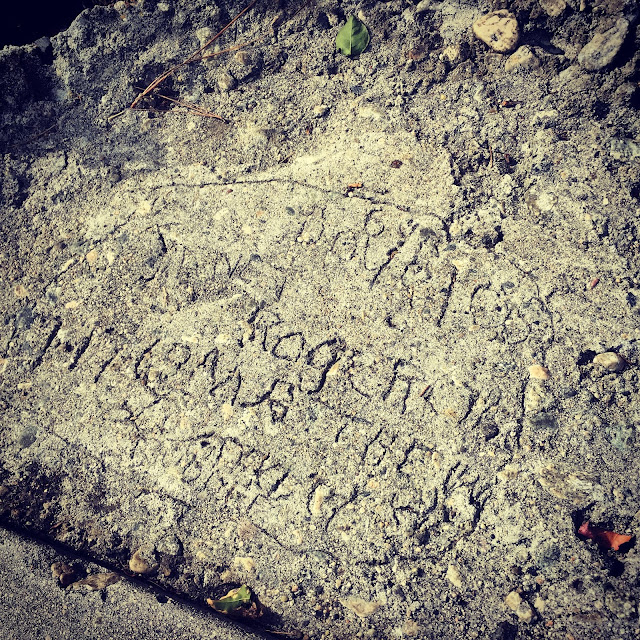 In July 2011, my family moved to a new house in Seattle, and our old Seattle house was put up for sale. The next month, while on a vacation in Alaska, we got a call from our real estate agent: our old house was broken into. We had left a few things of value there, a Dyson vacuum cleaner, an electric lawn mower; they were stolen. But most of what was stolen was the rented staging furniture - that is furniture you would not or could not use as real furniture, just furniture to decorate the house for a sale (apparently there was group of thieves targeted houses for sale and stealing staging furniture).

If we had been still living in the house when in was robbed, I knew I would have felt a sense of being vulnerable and violated. But since we had moved, those feeling weren't there, just annoyance for having to deal with it. The distance from when we lived there (only a month and a half earlier) was enough to temper any strong negative feelings.

That was in some sense similar to feeling I got when I saw the photo of the hillside on fire. Something that I had nostalgic memories of and had no control over was gone.

The day of the fire, on the news websites of local Los Angeles TV stations, I followed the progress of the fire. And then I saw this news report:

So, my assumption after seeing the photo of the fire that all the houses on that hillside were lost was wrong. The fire fighters managed to control the flames enough that only two houses were lost. Neither of them was the house my parents built. It was close though; one of them was next door to it.

And the day ended with a distant relief to match the initial distant dread.

(And a New Yorker article about the fire)